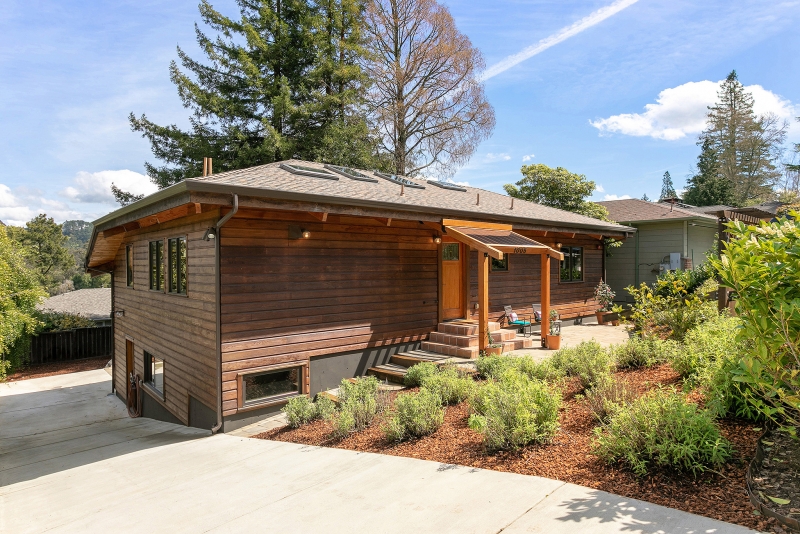 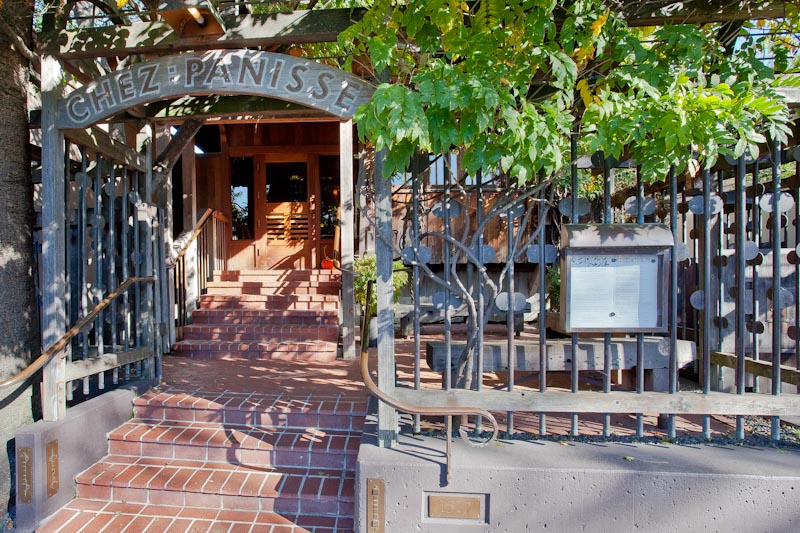 Built in 2015 and inspired by the simplicity and functionality of Scandinavian design. The flexible open-concept floor plan can accommodate the needs of various living situations. Designed as a two-bedroom two bath with an additional office and bonus room/suite on the ground level. The living spaces can easily accommodate shared yet separate quarters between the two levels or be used as one spacious home in its entirety.

The vaulted ceilings center at a 14ft ridge beam and skylights flood the main level living spaces with natural light. Park Hills tree line vistas can be seen from nearly every window which echo the experience of a Tahoe cabin. State of the art design and energy efficient systems were installed to make an exceptionally comfortable retreat just minutes from all the amenities Berkeley has to offer.

Home to one of the most prestigious universities in the country, Berkeley offers the intellectual and cultural stimulation from its campus -- which is within walking distance of downtown. Berkeley has long been at the forefront of culinary innovation. Locals flock to the original Peet’s Coffee & Tea location. For residents who like to savor their meals at home, small retail districts sprinkled throughout Berkeley allow them to shop like Europeans, going from store to store to purchase everything they need. Those in a hurry can always visit major grocery stores nearby. Neighborhood green spaces abound throughout Berkeley, from small community gardens to the Berkeley Rose Garden -- which boasts more than 3,000 rose bushes. The gem of the area is 2,000-acre Tilden Regional Park, with its miles of biking and hiking trails and the naturally landscaped swimming hole at Lake Anza.

Park Hills Homes Association is gently built into the natural landscape adjacent to Tilden Park, in Berkeley, California. The neighborhood consists of approximately 220 homes primarily built from 1939 to 1952. The community is friendly, supportive and multigenerational. In fact, several neighbors are second generation Park Hills residents.

Park Hills is quiet and secluded, while not far from urban areas and a convenient commute to San Francisco. The neighborhood itself offers many walking paths and open areas common to neighbor members. Wires are underground and there are no streetlights to get in the way of stargazing.

The development of sixty-acres of Park Hills began in 1939, by the Mason-McDuffie Company. Duncan McDuffie is best known for developing the Claremont and Northbrae neighborhoods of Berkeley and St. Francis Wood district in San Francisco. His upscale developments were laid out as “residential parks,” with streets that follow the contours of the hills and power lines that run underground. McDuffie was also a notable conservationist and president of the Sierra Club from 1928 to 1931 and from 1943 to 1946.  In 1934 he helped create the East Bay Regional Park District in the Berkeley Hills. Park Hills Homes Association became part of Berkeley in 1959.

Mason-McDuffie hired the Olmstead Brothers from Brookline, Massachusetts to design the landscape in the neighborhood. The Olmstead’s vision was to create a landscape to pass through rather than one to look at and which united the neighborhood with its surroundings. The brothers inherited the nation’s first landscape architecture firm from their father and designed many notable campuses, parks and civic areas. They brothers played an influential role in creating the National Park Service.

The gate entry of Park Hills near Shasta Road, fountain and walls were designed by William Wurster who would later be named dean of the UC Berkeley Architecture school and go on to create the UC Berkeley College of Environmental Design, which brought the schools of architecture, landscape architecture and urban planning into one organization.

This is a success message
Agent Login